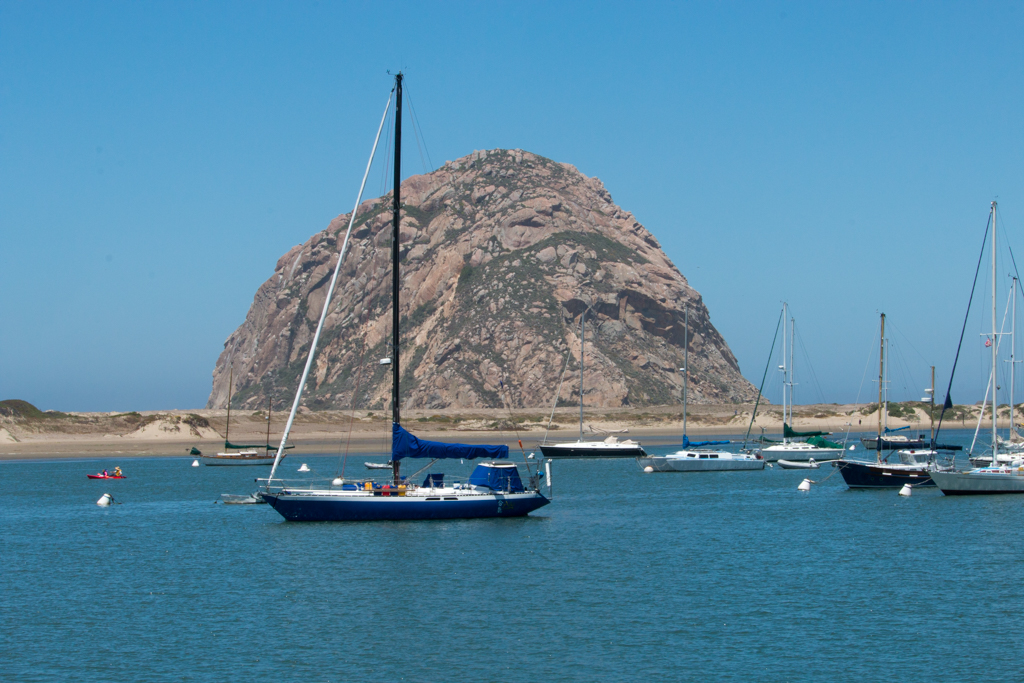 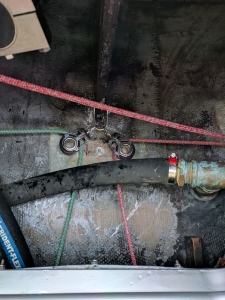 Aiki performed wonderfully on this portion of the trip, and we were making excellent time toward the Marquesas. The seas turned out to be much bigger than forecasted, and the winds a bit stronger, but Aiki sailed beautifully and was well behaved. Everyone was quite happy with our progress and the seas and wind were beginning to lie down and the crew was finding their sea legs. The wind vane was performing admirably, right up until we heard another loud POP!. A bolt which you can see in the photo, between the two blocks,had failed and was not repairable at sea. The temporary repair with the shackle didn’t turn out to be a fair lead for the rope, and it was going to chafe and break if we continued and so we backtracked 150 miles and arrived in Morro Bay on the 22nd of May.

Our repairs are now complete and we are waiting for good weather to move the boat north to Alameda for the summer. Conditions are favorable for Wednesday, which should put us in Alameda late Thursday or sometime Friday. If fortune smiles on us we may even get to sail. Our last crew member departed after Memorial Day weekend and our friend Bob is coming to help us take Aiki north.

The decision to delay our trip to the SoPac has been difficult but seems logical. Getting off the coast of CA this year has been extremely difficult in terms of weather, and that combined with the setback of the engine repairs and two repairs to the wind vane has eaten up two months of a 6 month cruising season. While we could still make the trip, it would mean much more time spent sailing, and less time exploring ports and scuba diving in amazing waters. We know that the fast pace that we would have to maintain is not our style of cruising. If we delay our crossing until next spring then we can leave earlier and have the cruise we want to have. While we are satisfied this is the right decision, we are still struggling with the disappointment. 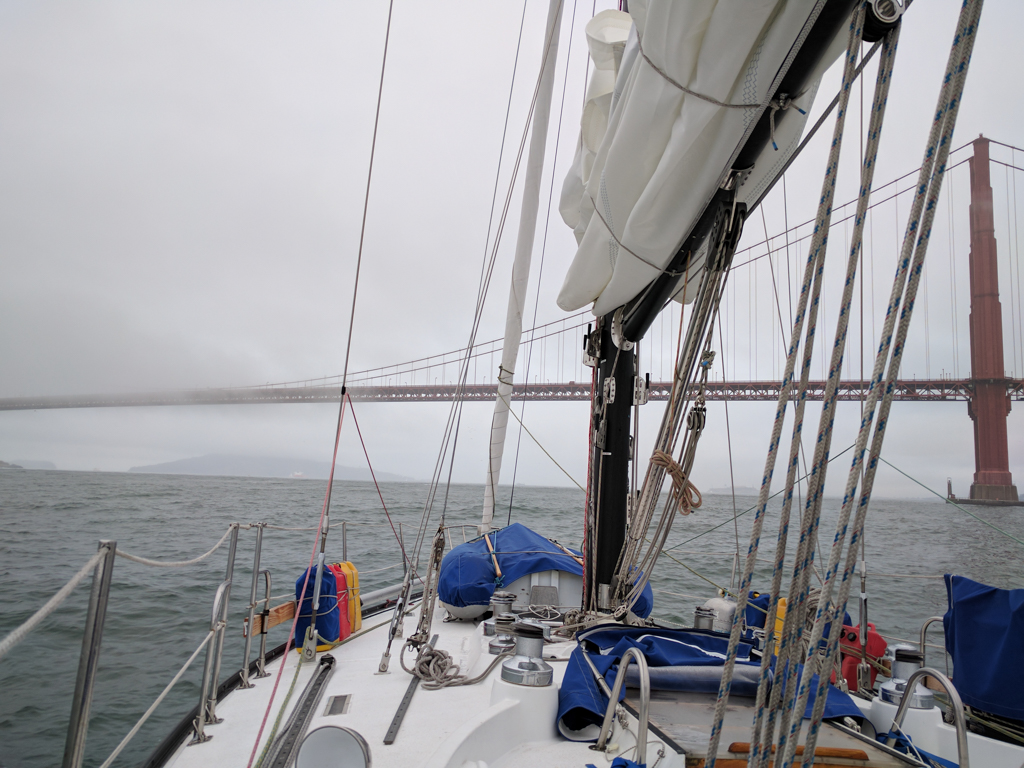 Thoughts on the next step

The reason that we are returning to Alameda is that the marinas in Southern California are too expensive to linger in, and the cruising grounds are even more limited than San Francisco Bay. Aiki will be behind a friend’s house in Alameda for the summer, where we are comfortable she will be secure and we can come and go as we like. In the fall we will cruise down to San Diego, then head to Mexico once hurricane season is over (Novemberish) and from there we will cross to the South Pacific next spring.

Our cruising year has been quite stressful with the false starts, engine work, extremely unpredictable weather along with arriving and departing crew. We are emotionally drained and disappointed at not making our goal of the South Pacific this season. Once we reach Alameda we will take a vacation from the boat and do some land based cruising. One of our first stops will be to see the world’s largest rubber duck. We will visit friends in Washington and pick up the roof top tent for the truck again. From there our plans are fairly fluid until August when we will go to Alpine, Wy to see the solar eclipse. We’ll still be cruising, we are just having a very different cruise than what we imagined for this year. We are looking forward to seeing many of you, and to hearing from you. Feel free to get in touch!
Our goal is to include and inspire you! 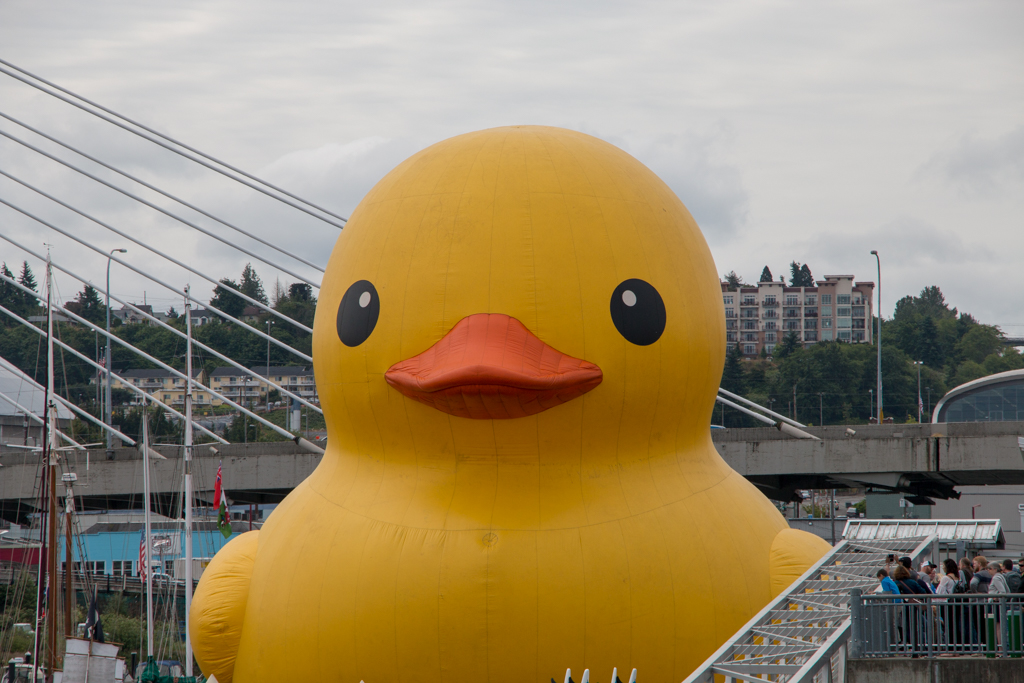 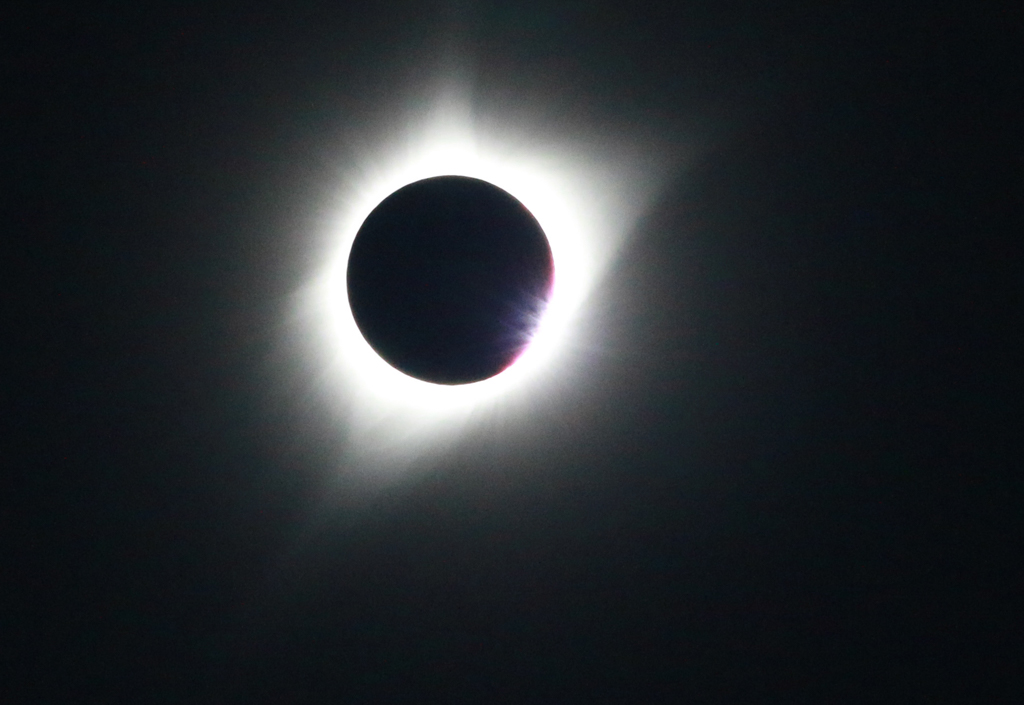